Just added to your cart

Cascais, Portugal, 17 June 2019 – LaserPerformance is excited to mark the opening of its SailLaser Summer Pavilion at the marina in Cascais, the first of such initiatives reinforcing LaserPerformance's commitment to support the sailing community and easy access to sailing.

“It is great to be able to offer customers the ability to sail on high quality, safe and innovative boats produced by the world’s best dinghy sailboat company,” says Antonio Santos, of Bicasco, LaserPerformance Dealer and national partner for this initiative

The Cascais Summer Pavilion celebrates the start of this programme in conjunction with Bicasco and LaserPerformance’s international partner, Maclaren. LaserPerformance has also identified Portugal as the ideal long-term location for its new boat manufacturing facility in the city of Setubal. Production is planned to start in the autumn of 2019.

“We are excited to launch LaserPerformance LIMITADA in Setubal and be part of Portugal’s manufacturing growth, one of the country’s most important sectors of industry,” said Bahman Kia, LaserPerformance CEO

About LaserPerformance Founded in 1969, LaserPerformance is the world’s leading manufacturer of high quality, safe and innovative small racing and recreational sailboats. Their many sailboats include Laser, Laser Pico, Laser Bahia, Laser Vago, Sunfish, Club FJ, Club 420, Z420, Dart 16, and Bug - the most well-known of which are the Sunfish and the Laser. The Sunfish has become the most popular recreational sailboat in history and the Laser is widely accepted as the worlds’ most popular adult and youth racing class- a single handed boat which sails in the Summer Olympic Games. 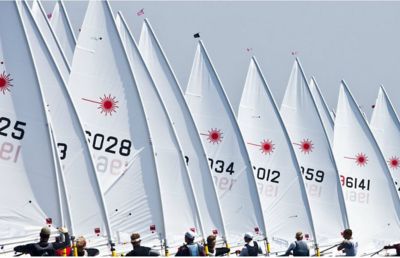